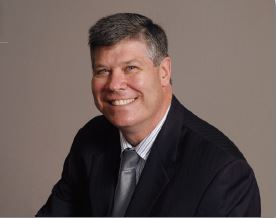 Pastor Danny became The Tabernacle’s fourth pastor on November 6th, 2016. Danny became a Christian as a senior in high school in Charlotte, NC. He followed the friend that led him to the Lord to Bryan College in Dayton, Tennessee, where he grew like wildfire in his faith. He also had many opportunities to grow as a leader, serving as President of Practical Christian Involvement and being a captain of the soccer team. Following graduation in 1989, Danny served 3 years as an Admissions Counselor at Bryan, driving 100,000 miles and speaking over 1,000 times about Jesus and Christian education.

At the close of that time Danny began dating Elizabeth Bookout of Hixson, Tennessee. Danny and Elizabeth married on August 1st, 1992, and a month later started seminary. Their oldest son Will was born during those seminary days! Danny obtained his Master of Divinity from Southeastern Baptist Theological Seminary in December of 1995, serving in youth ministry along the way.

Upon graduation from Southeastern Danny went to Wayne Hills Baptist in Waynesboro, Virginia, serving the church for 21 years, the first four as Associate Pastor of Youth and Evangelism and the remainder as Senior Pastor. Son Paige and daughter Hope were born in Waynesboro. All the children graduated from Grace Christian School in Staunton, Virginia, where Danny taught a Bible class and helped coach soccer and wrestling. In 2010 Danny obtained a Doctor of Ministry degree from Dallas Seminary, and in 2012 was the First Vice President of the Southern Baptist Conservatives of Virginia.

Danny loves preaching and teaching the inerrant and authoritative Word of God; leading the church to look to see where God’s at work and joining Him in what He’s doing; helping people make their peace with God; discipling new believers; mentoring other leaders; providing pastoral care, and supporting global missions. 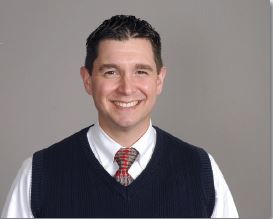 Eddie served as Worship Leader at First Southern Baptist Church from Fall 2007 to January 2010 and was ordained on January 10, 2010. In late January, Eddie assumed the Interim Pastor position, and was later called as Pastor on March 28, 2010. He is a graduate of Liberty University, class of 2001. He has a B.A. in English with a minor in Vocal Performance.

Eddie has lead praise and worship for 17 years while also ministering in song for local church events with fellow singer/songwriter Pastor Sam Knaus. Eddie has written, orchestrated, and arranged music (including original) for 17 years, including choral pieces, commissionied songs for special church events such as mission conference theme songs and church anniversary songs.

Eddie and his wife are blessed to have three children. 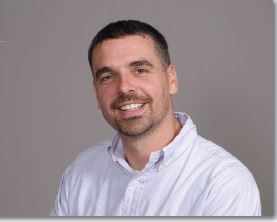 Allen graduated from George Washington High School in Danville, He attended Word of Life Bible Institute in Hudson, Florida for one year and then continued his studies in Spanish at the Word of Life Bible Institute in Argentina . He completed a study of the language and culture and continued classes studying the Word of God in the Spanish language for three years. Upon his return to the United States, he finished his undergraduate degree in Biblical Studies at Liberty University . His passion for the lost and young people is evident through his ministries in Bible Clubs, drama teams, and many mission trips including, Dominican Republic, Uruguay, and Mexico as well as volunteering at two different Hispanic churches here in the United States. Allen and his wife Annette, also from Danville, have three children. 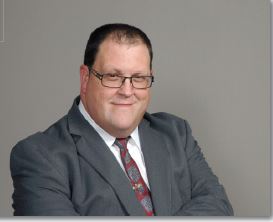 John joined the Pastoral Staff in June of 2007. A West Virginia native, John received a Bachelor’s of Science in Music Education (Instrumental) with honors in music from Concord College, and a Master’s in Church Music (Vocal/Choral) from The Southern Baptist Theological Seminary. He was ordained to the Gospel ministry by the First Baptist Church of Charlestown, Indiana in May of 1999.

Married in 1994, John and his wife Rosemary are proud parents of six children. When not involved in Church Ministry, John enjoys walking, reading and arranging music.

John’s favorite Bible passage is Romans 8:28 – “And we know that all things work for good to them that love God, to them who are the called according to his purpose.”

Renee joined the staff at The Tabernacle in 2019. She is a graduate of Southall Christian School and Danville Community College. She, along with her husband of 25 years, Robie, have three amazing sons, Caleb, and his wife Hulani, Joshua, and Isaac. Before coming on staff at The Tabernacle Renee served on staff at Danville Community College in the Business Office and Averett Universities Registrar’s Office, and later as a full-time mother and homeschool teacher to her three sons. Renee grew up in a Pastor’s home and spent a good portion of her childhood moving to various locations as God would call her father. One of the hardest things, she admits, to growing up in a Pastor’s home is that church, God, and the Bible are all you know. For several years she wrestled with what her mind knew but, in her heart, had not fully accepted; scared at what others would think if they knew the Pastor’s daughter wasn’t saved. But praise the Lord for the convicting power of the Holy Spirit! At the age of 12 she set aside what she knew and by grace accepted Christ to be her personal Savior. Through the years, she has served in God’s church as a Sunday School Teacher, Church Pianist, Soloist, Youth Choir Leader, Youth Leader, Sparks Director, Guest Speaker at Ladies’ meetings and dinners, and wedding and events coordinator. Renee is currently serving as the Welcome, Outreach, and Hospitality Ministry Leader with additional roles of event planning and on-site wedding director for The Tabernacle. She also assists in facility use, advertising, and church needs coordinator. In her free time, Renee enjoys spending time with the love of her life, Robie and her family which includes her furry babies, Taco, Bella, and Z. She also enjoys reading, traveling, and will freely admit to her great love for chocolate. Her heart’s desire is Shine for Jesus, till He comes and serve Him to the best of her ability and for HIS GLORY!

My husband Paul and I live in Providence, married over 30 years and have 2 daughters. My childhood was spent in many areas as my father made his career serving our country in the US Navy. My love for God was nurtured by my mother, a woman of great faith.

One of my favorite verses is John 13:7 "Jesus replies, 'You do not realize now what I am doing, but later you will understand'". I find peace in this verse because I believe that whatever I am going through now, God is with me and already has His plan to see me through it.

Director of Tabernacle Learning Center & Coordinator of the Children's Ministry

My family joined the church in 1989. Serving the ministry and working with children has always been my passion. Along with being the Director of the Tabernacle Learning Center, I also teach the K4 program and coordinate volunteer schedules during Primetime and Worship services as well as VBS Coordinator.